If you don’t like eating raw fish (and really, who can blame you?), then Vegetarian Sushi is the answer to all your Japanese food fantasies. The best thing about Sushi Ya in Corydon is this giant Sushi Box Lunch special. Yes, all this food was for $14.50. 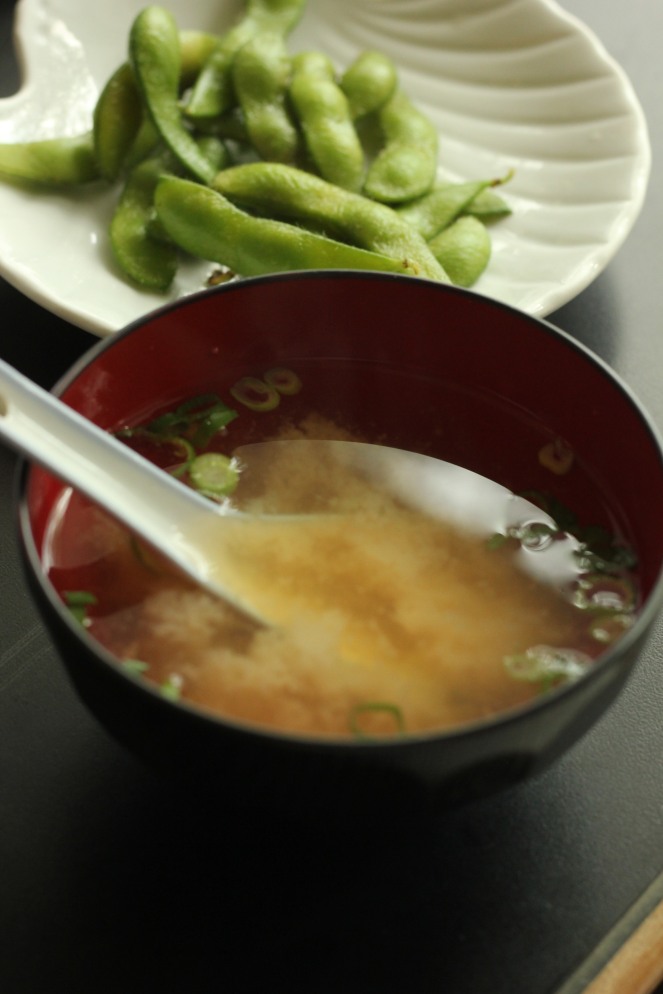 Edamame is tasty, salty, protein-filled goodness in the form of a green vegetable.  So, there is no reason for you to not love it. This yum (and free) starter came with a steaming, bowl of Miso. Miso soup is great because you can have a cup of it and not feel stuffed because it’s water-based. And then, you can eat more delish Japanese food. The Sushi Lunch Box (pictured below) had California Rolls and Seafood Sushi in it which my server substituted for Avocado, Asparagus and Cucumber rolls. 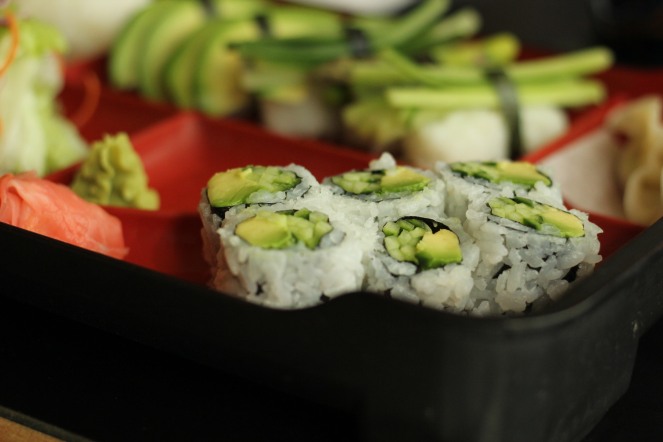 It also came with a side of rice which I wish was a different kind because it just tasted like Sushi rice, a green salad with ginger-carrot dressing, and 2 vegetarian Gyozas. Now, there aren’t a lot of places in Winnipeg where you can get veggie Gyoza and even fewer places where they actually taste good. So, even if my meal was a plate full of veggie gyozas, I would’ve left as happy as a clam (seafood pun). But, the sushi was really good too. Maybe, not the best I’ve ever had. But, it made for a good lunch.

It’s hard being a vegetarian when you like food but Shreya Jhunjhunwala is a second-year Creative Communications student from Winnipeg doing just that. Whatever she can’t find in Winnipeg restaurants, she tries to make in her kitchen. And that is an adventure in itself. View all posts by shreyajjw